In first ever North American and virtual ceremony, Timmy Awards reveals all winners for 2020 amid speeches from Stephen Shapiro, Adam Cheyer, Founder of Siri, and Bruce Change, Engineering Director at Netflix, recognizing the best workplaces for tech professionals, including Nielson Canada and Slalom Build. 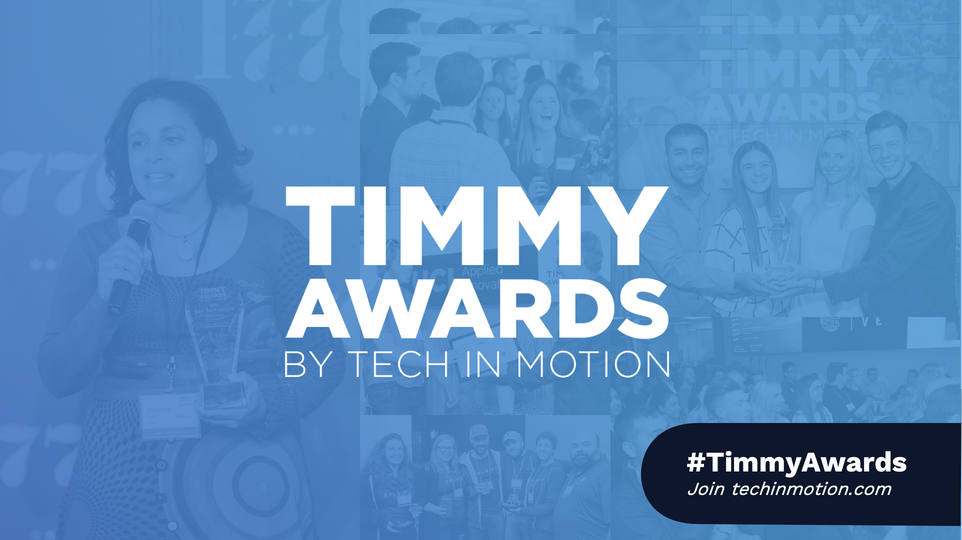 After a fierce competition that included tens of thousands of votes from the tech community to select regional winners and a final round judged by an expert panel of industry leaders, the first North American Timmy Award winners were announced to a live audience of regional winners, judges and technologists.

"Even during these very challenging times, these companies have been focused on innovation and making amazing things happen," said 2020 TImmys host Stephen Shapiro during his keynote address.

In a year of unprecedented hardships, Tech in Motion and our founder Motion Recruitment decided to pivot the Timmys to digitally honor those that rose to the occasion so we could celebrate companies and individuals in tech for their resilience, agility and outstanding leadership in today’s changing world.

“For five years, we've recognized tech companies and managers that go above and beyond to create great work environments for their tech teams," stated Mandy Walker, Executive Director of Marketing, Motion Recruitment. “In 2020, we knew it was more important than ever to hold the 6th Annual Timmy Awards to highlight those lifting their employees and communities up, but we were still blown away by the incredible response from the tech community and such amazing finalists, speakers and judges.”

In addition to master innovator Stephen Shapiro hosting for the evening’s event, the ceremony entertained in its newly digital format through notable speakers, like Adam Cheyer, founder of Siri and Change.org, Bruce Wang, Director of Engineering at Netflix, Ian Suttle, Engineering Director at Google, Erin Liao, Vice President, E2E 5G Systems at Ericsson, Shelton Banks, CEO of re:work training and Josh Torres, Chief of Staff at Out in Tech.

Highlights from the Timmy Awards Ceremony:

In addition to extending the 6th annual regional awards to include the first-ever North American awards following the usual Regional Winner awards, this year saw the addition of two new awards recognizing “Tech for Good” and “Top Enterprise Employers” to help highlight companies creating opportunities and providing employment when the tech community needed it the most.

The complete list of awards and 2020 Timmy Awards Regional Winners can be found here.

Although the Timmys are over, Tech in Motion will close out 2020 with a panel featuring all North America Timmy Award winners as they discuss challenges, solutions and wins during this unprecedented year and what it took to become a Timmy Award Winner. To relive the ceremony or catch up if you missed the live premiere, you can catch the regional winner montages, keynote by Stephen Shapiro, and presentations by other judges from Netflix, Google and more on Tech in Motion’s Youtube channel as well as below. For more information, visit techinmotion.com.